Our aim is to help clients tell their stories through compelling, memorable media. We are a team of experienced, award winning, creative professionals; dedicated to telling unique, engaging stories through dynamic content.

We thrive on collaboration and work closely with our clients through all phases of the process. Hollywood Africans creative team is laser-focused on developing evocative visual content that delivers tangible and quantifiable results for clients.

Nefertite is a New York based independent filmmaker who recently made her foray into episodic television directing. Her credits include the Starz original drama series Power Book II: Ghost, Showtime’s original comedy series Flatbush Misdemeanors, BET’s original comedy series Bigger and BET’s original anthology series Tales. She has also written, produced and directed several narrative shorts: I Want You, The End of Winter, Myself When I Am Real, and The Last Two Lovers At The End Of The World. 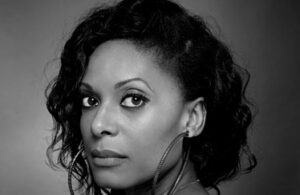